Make some Gluten Free Cinnamon Roll Pancakes for your next allergy friendly breakfast or brunch! These are fun to make and are nut free and vegan 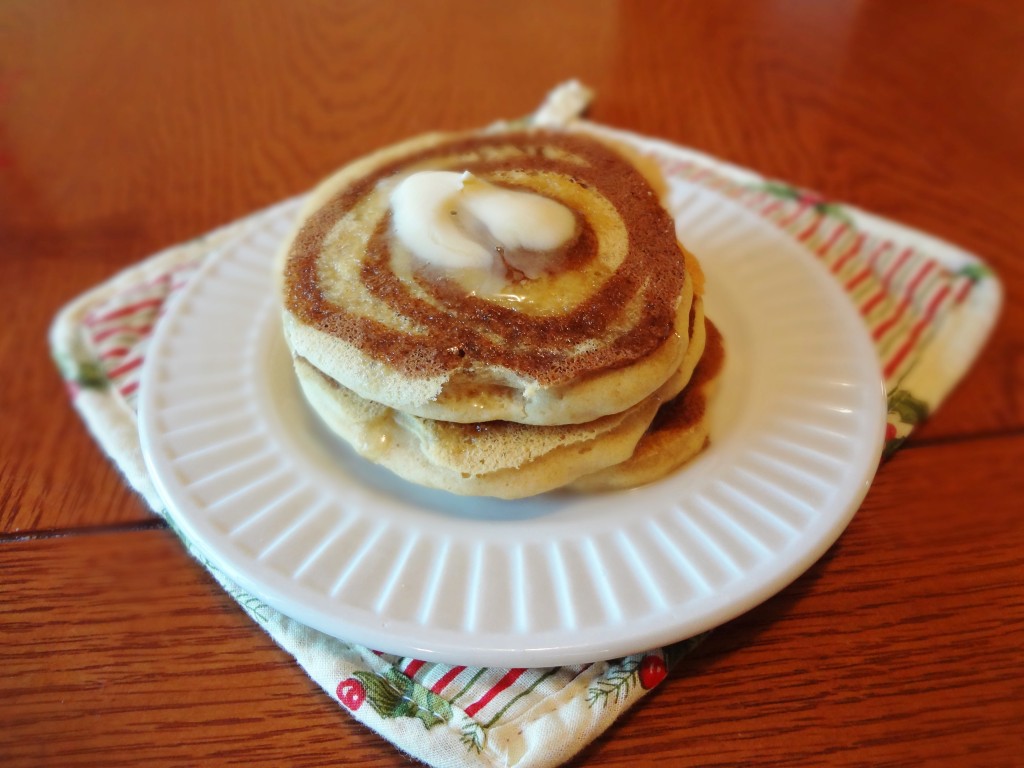 If you have spent much time around food blog lately, chances are that you may have seen a new trend: swirled pancakes. Before I had finally made up my Sticky Cinnamon Roll recipe, I made up some of these pancakes to fill that cinnamon roll breakfast void. 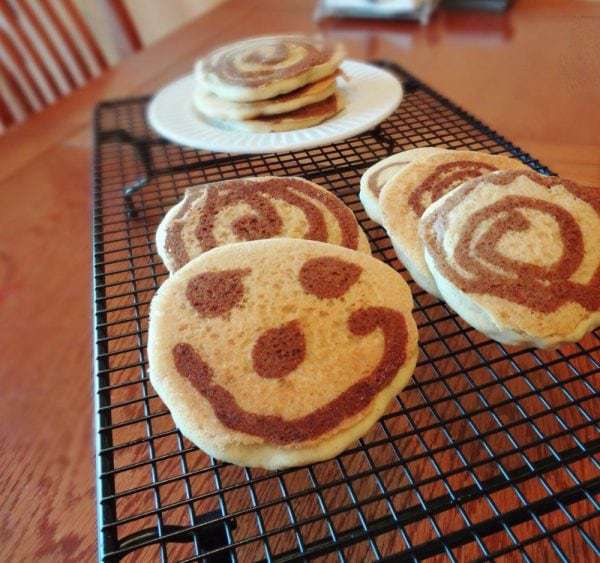 I first saw his pancakes on Tumblr and I knew I had to make an allergy-friendly version. In fact, the first time I made these pancakes I made them for lunch (haha, don’t tell anyone…!).

I created my own recipe for these pancakes, but I borrowed Kevin’s technique for creating swirled pancakes. These Cinnamon Swirl pancakes are delicious and are pretty easy to make. You can have so much fun with these too, like making smiley faces and heart shapes! 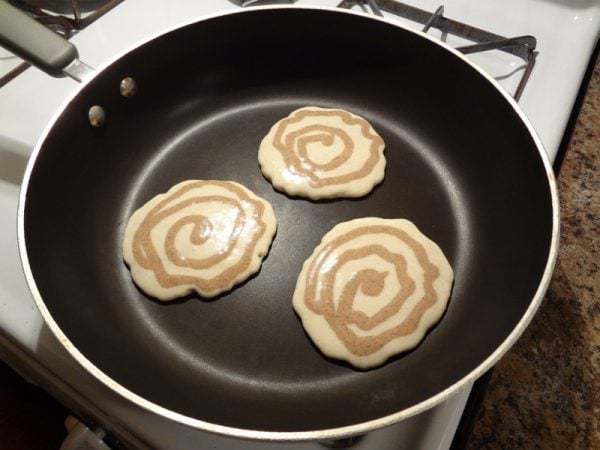 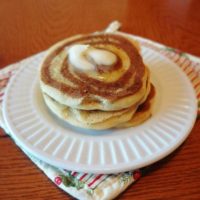 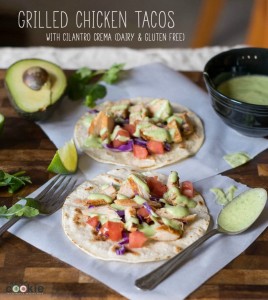