Have some leftover brownies and pudding to use up? Whip up this quick Vegan Brownie Berry Trifle, it’s gluten free and allergy friendly! 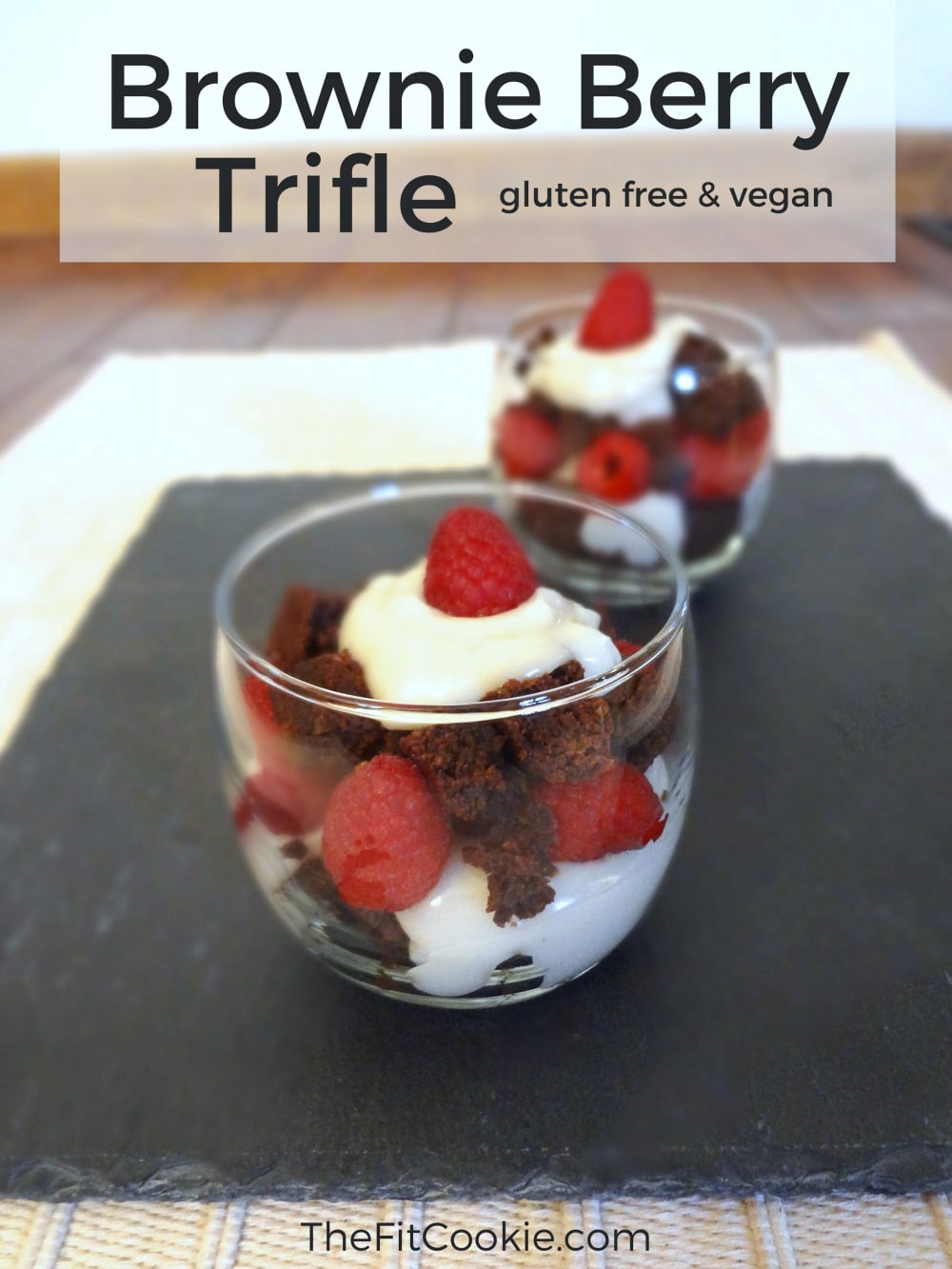 It’s Recipe ReDux time again! I missed the last Recipe ReDux since I was merging my 2 blogs and some crazy stuff happened to some of my recipes (more on that toward the end of my post). It took me a while to get things fixed, and I’m still missing a recipe or 2 that I will have to re-create. But no worries! I’m back at it with a super easy and allergy-friendly decadent dessert.

Two for One
We’re all about cooking once and eating twice. In short, double dinners are better. Show us how you take a favorite recipe already on your blog – and ReDux the leftovers into a new dish. Or, whip up a new healthy recipe and give suggestions on how to make it a second meal.

The Recipe ReDux theme for this month mentioned “double dinners”, but I couldn’t resist re-purposing some older dessert recipes into something new! So my “leftovers” are a new dessert made from 2 of my other recipes: One Bowl Fudge Brownies and Dreamy Chocolate Pudding (made as vanilla pudding instead of chocolate).

You can easily create this with leftovers of your favorite brownie recipe and healthy pudding. You could even use protein pudding if you like, but I don’t have a recipe for that…yet. 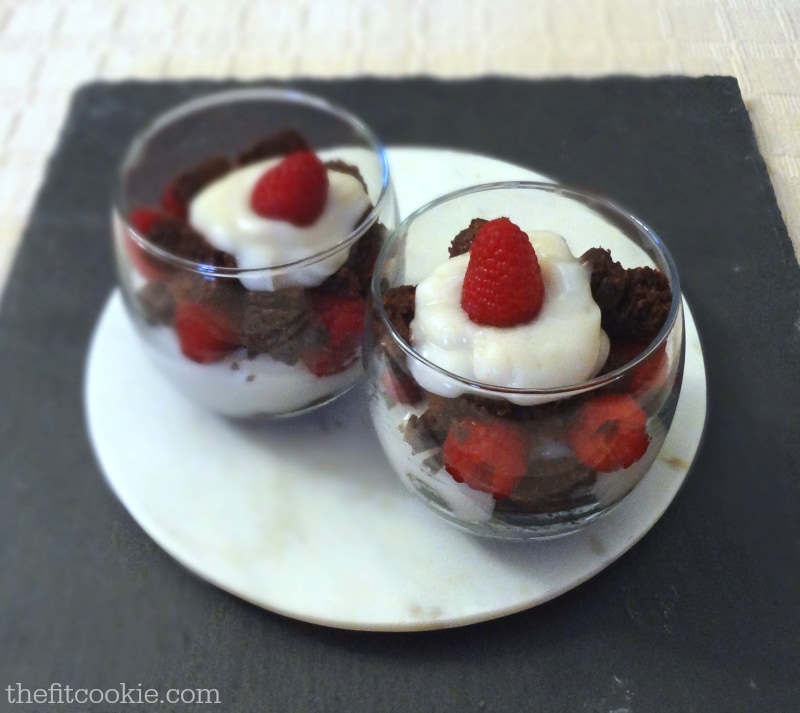 The Brownie Berry Trifle also happens to be gluten-free, vegan, and nut-free. I made the pudding with a combo of rice milk and reduced fat canned coconut milk to make it nut-free (unless you consider coconuts tree nuts) so my kids could enjoy this treat, too.

For vanilla pudding, I simply omitted the cocoa powder from the original recipe and added an extra Tablespoon corn starch, and I used a bit less maple syrup since the rice milk was already sweetened. Of course, you can always use the original chocolate pudding in the recipe if you want the extra chocolate, and if you’re adventurous, you can even use Chocolate Avocado Pudding. 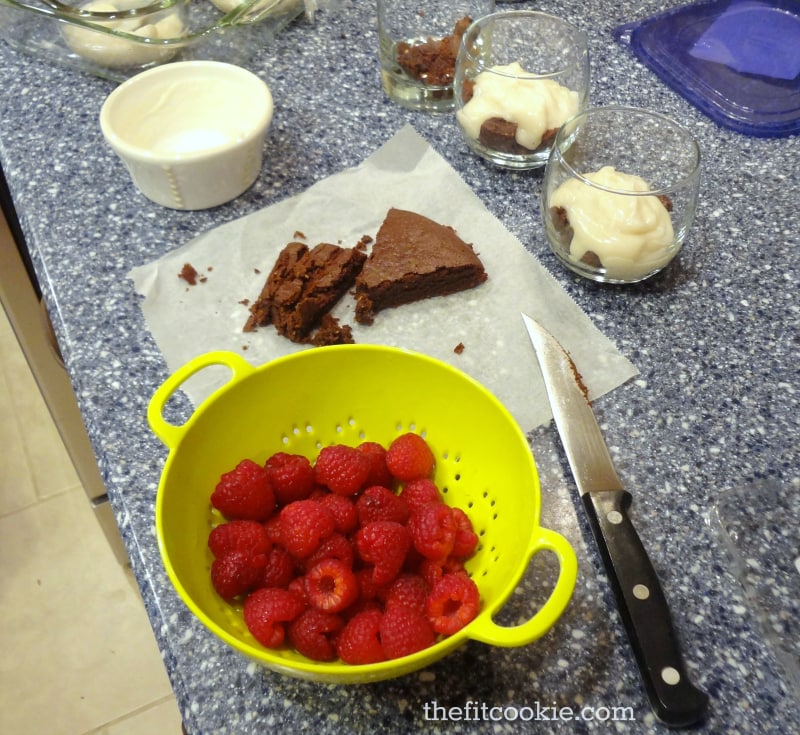 I had some of my recipes written down, but there were a few that I didn’t have hard copies of so I it took me a while to go through my blog posts and make sure things were where they needed to be and I had to re-write recipes and dig up my notebooks.

Needless to say, I’m wary of using recipe card plugins anymore! I am debating on removing them from my blog altogether, but concerned that my recipes might get erased again. Sorry if this is inconvenient, I know the print feature is the best. But after that week of mild panic, I don’t want to go through that again! 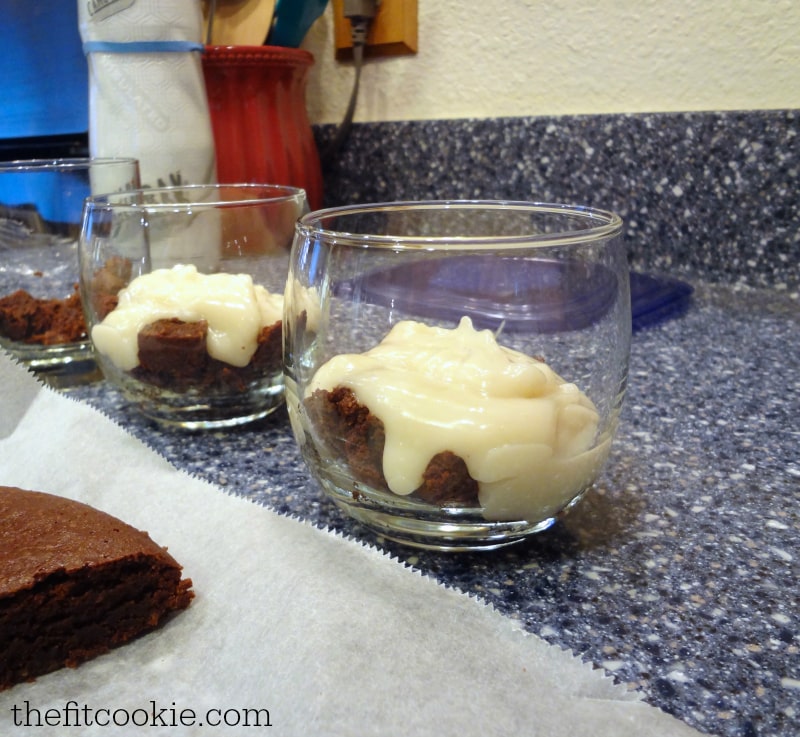 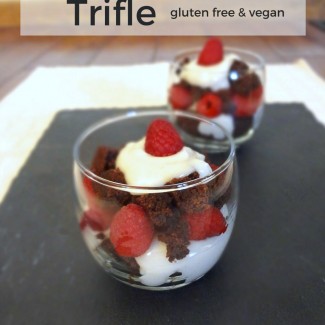